Community: Our Focus for Protective Stadium

Protective Life has called The Magic City home for over a century. They’re deeply invested in the Birmingham community, and they turned to Telegraph to help them tell this story throughout Protective Stadium.

One of their primary requests was an attention-grabbing addition to the stadium, and our team delivered with an interactive Augmented Reality mural. The “Magic Mural” focuses on different Protective community partners and some of the most iconic attractions throughout our community.

Visitors can use their phones to scan the mural and experience its animation and digital effects in 3D. Other components in the stadium can also be scanned to enhance the visitor experience by leveraging technology within modern environmental design.

We utilized space on ramps throughout the stadium to share information about Protective and how they impact and embrace Birmingham. Pillars in the stadium were wrapped with designs to educate people on different places to visit in the city, continuing to bring attention to Protective’s commitment to our community. 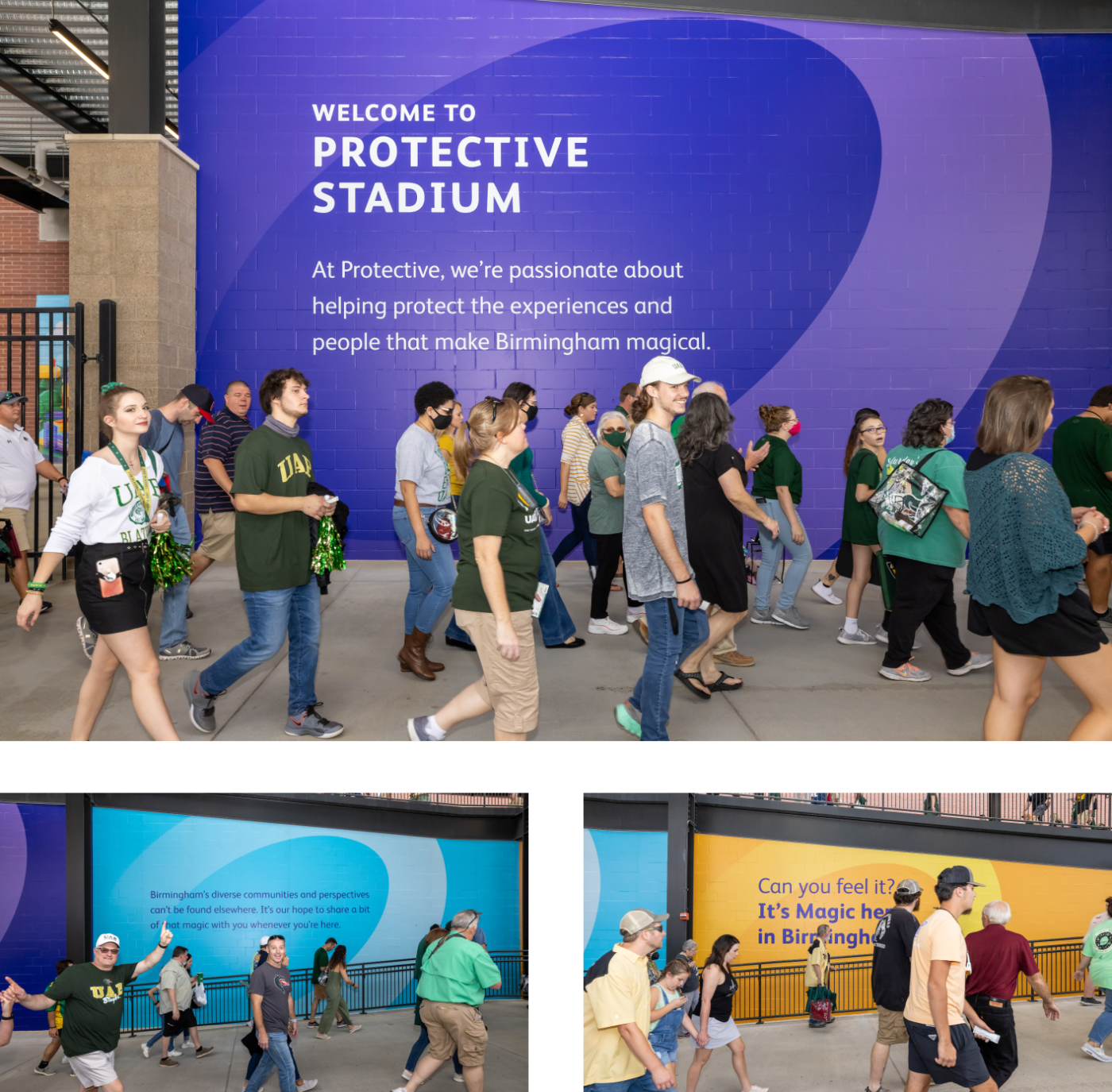 Welcome to The Magic City Mural

Our team designed an additional mural to be placed along a highly visible ramp inside the stadium. The creative details on the letters highlight the local community in an unexpected and engaging space that makes quite a first impression for visitors entering the stadium.

We pushed the limits of traditional event planning with the addition of a drone show at the Protective Sign Lighting Ceremony. The drone show was the first of its kind in Alabama, and we accounted for safe execution with practice flights, aerial measurements and visibility testing during production. At 400 feet, 60 drones illuminated the sky during the ceremony.

Our vision for the 3D formations in the drone show featured iconic staples in our community. Colorful drones aligned with the Interstate Light Bridge, and LED wristbands incorporated the audience into the interactive experience. The show concluded with a countdown and formation of Protective’s new logo before the lighting of the stadium sign.

This project provided our team the opportunity to learn, push creative boundaries and produce a spectacle in the sky. We’re passionate about Birmingham, and we were thrilled to ignite our city’s magic through new creative pathways.