An Award-Winning Brand to Start a Rum Revolution

You can take the man out of the jungle,
but you can’t take the jungle out of his rum.

Campesino’s creator, Hatton Smith, has been on a mission to prove that rum deserves to be the new go-to drink—but the brand’s story goes way beyond sippability.

The heart of Campesino’s branding was born deep in the heart of the Panamanian jungle. Smith started making rum when he was living in Panama with two Campesino brothers, witnessing firsthand the skill, passion and concentration they poured into everything they did. After living the Campesino lifestyle, he set out to create a rum that bottled the very spirit of the jungle. That’s why he chose to produce a straight rum without adding natural or artificial flavors, sugar or any other elements that take away from the way rum is supposed to be: pure and unadulterated.

Each brand ingredient holds meaning and purpose, from the logo—which was custom designed as a stencil that can be stamped onto a crate of rum—to the primary color palette of the deep, rich colors of jungle wildlife and a secondary palette of bright, vivid hues of flora and fauna. 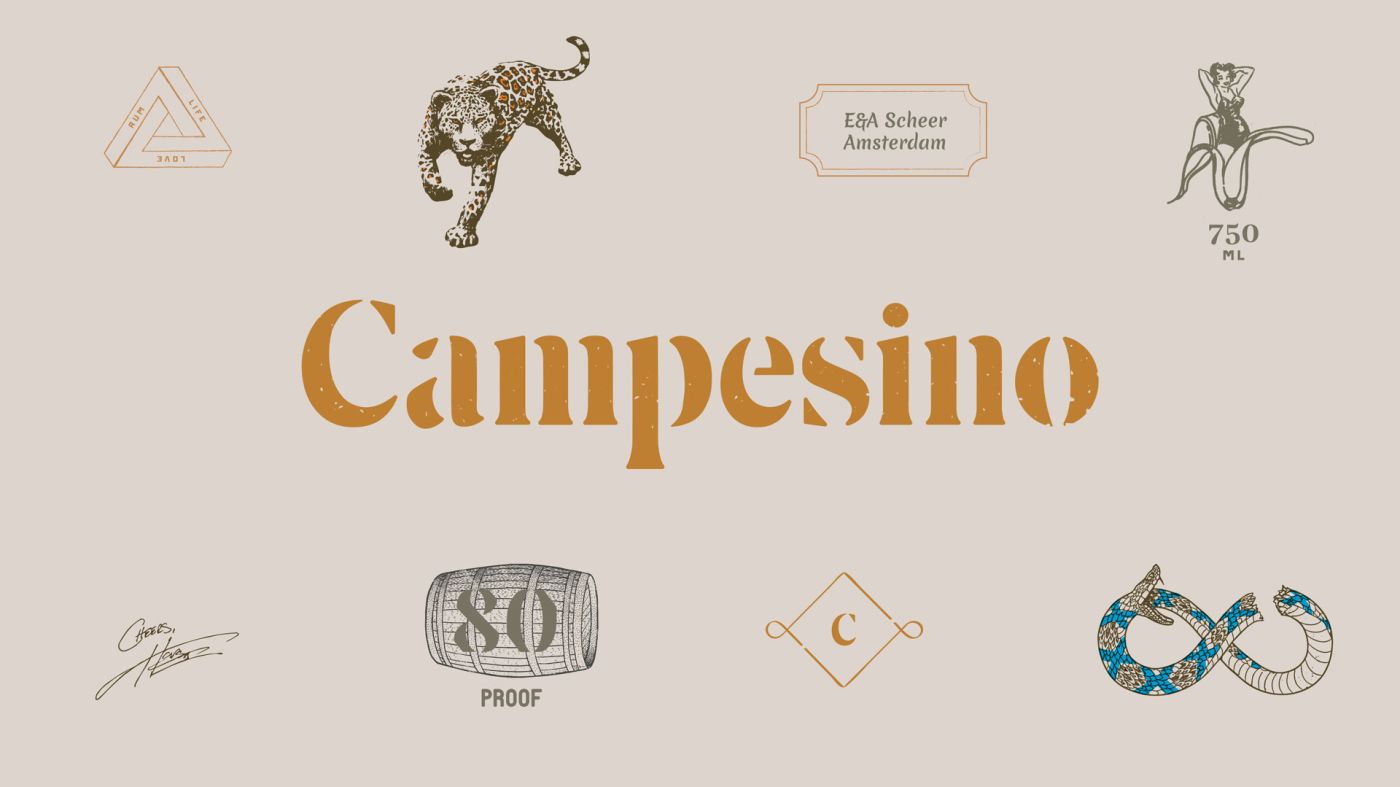 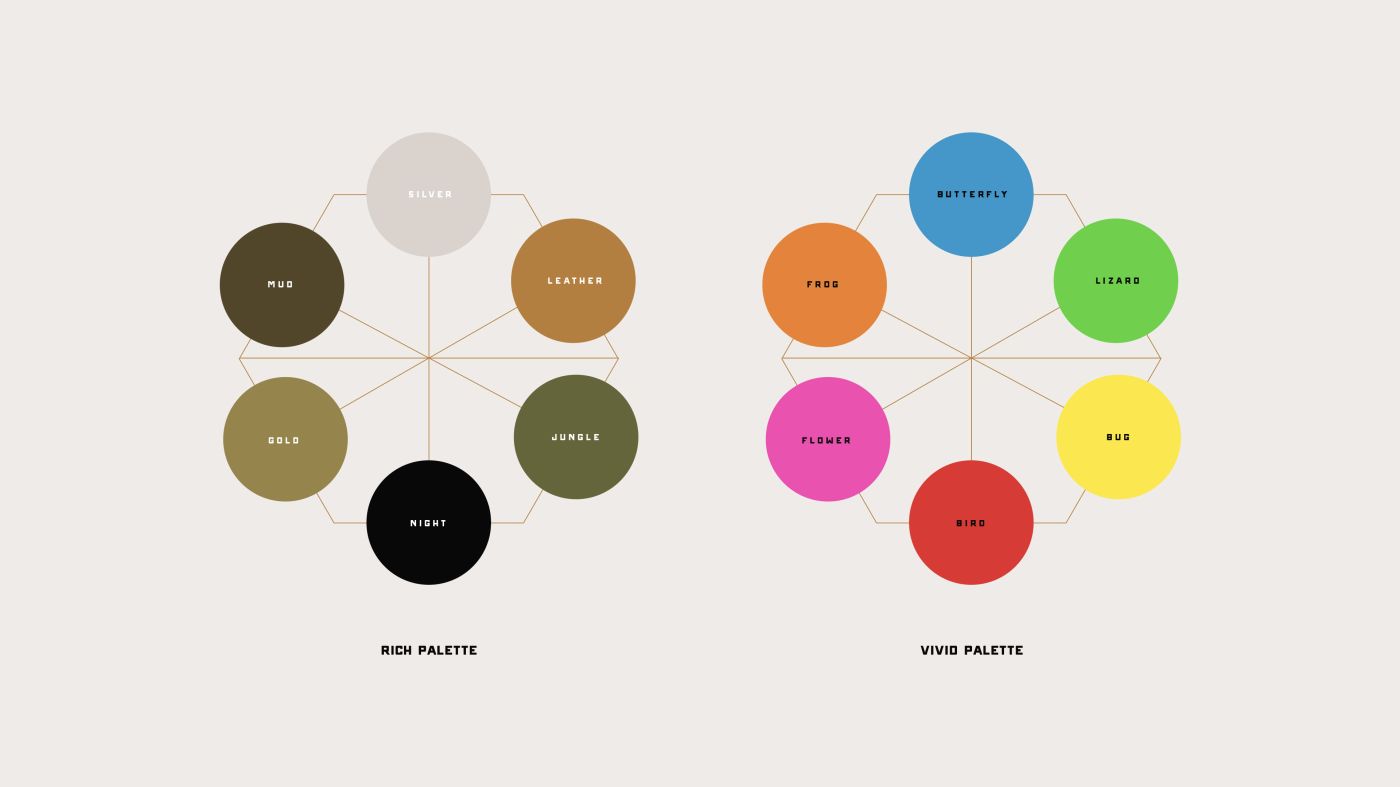 We took this story and baked
it into every design element to
create a robust brand. 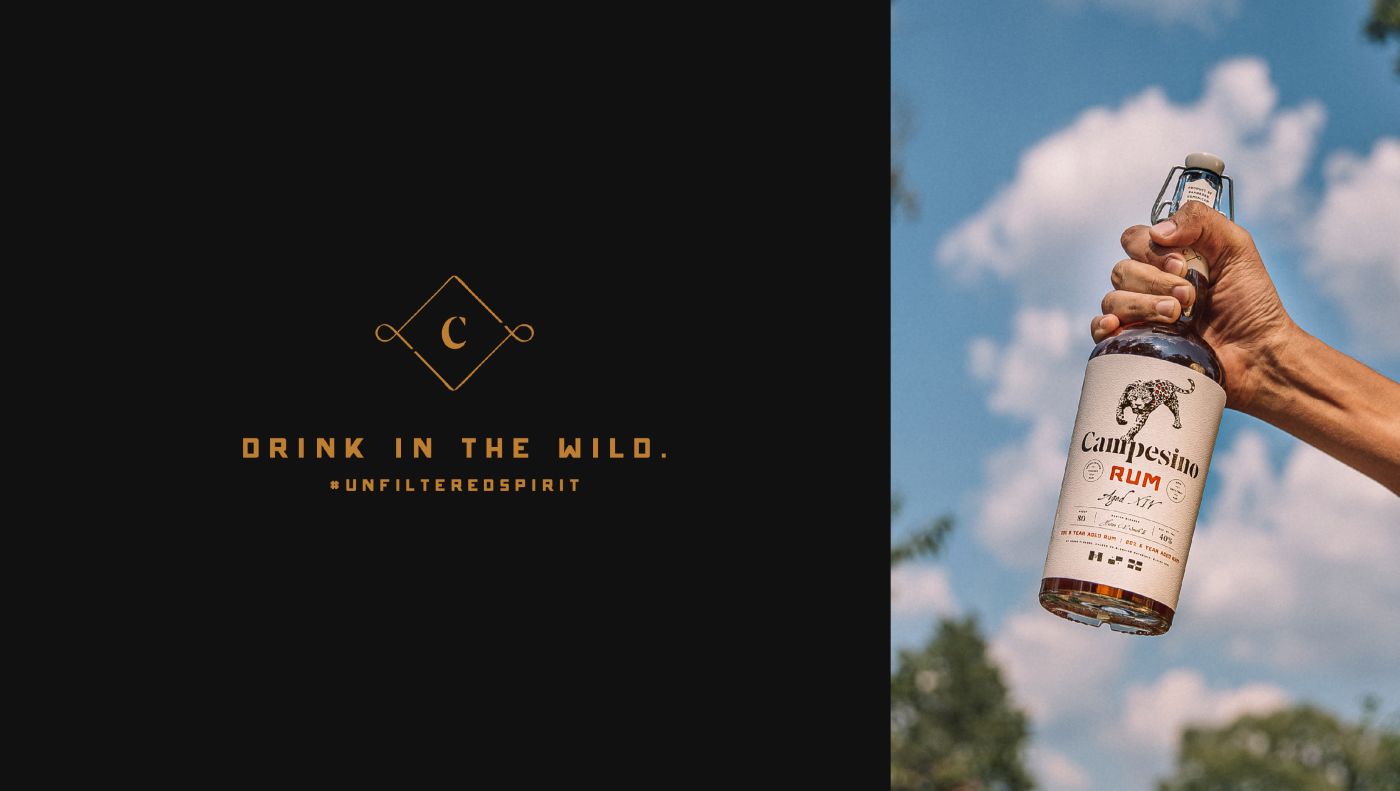 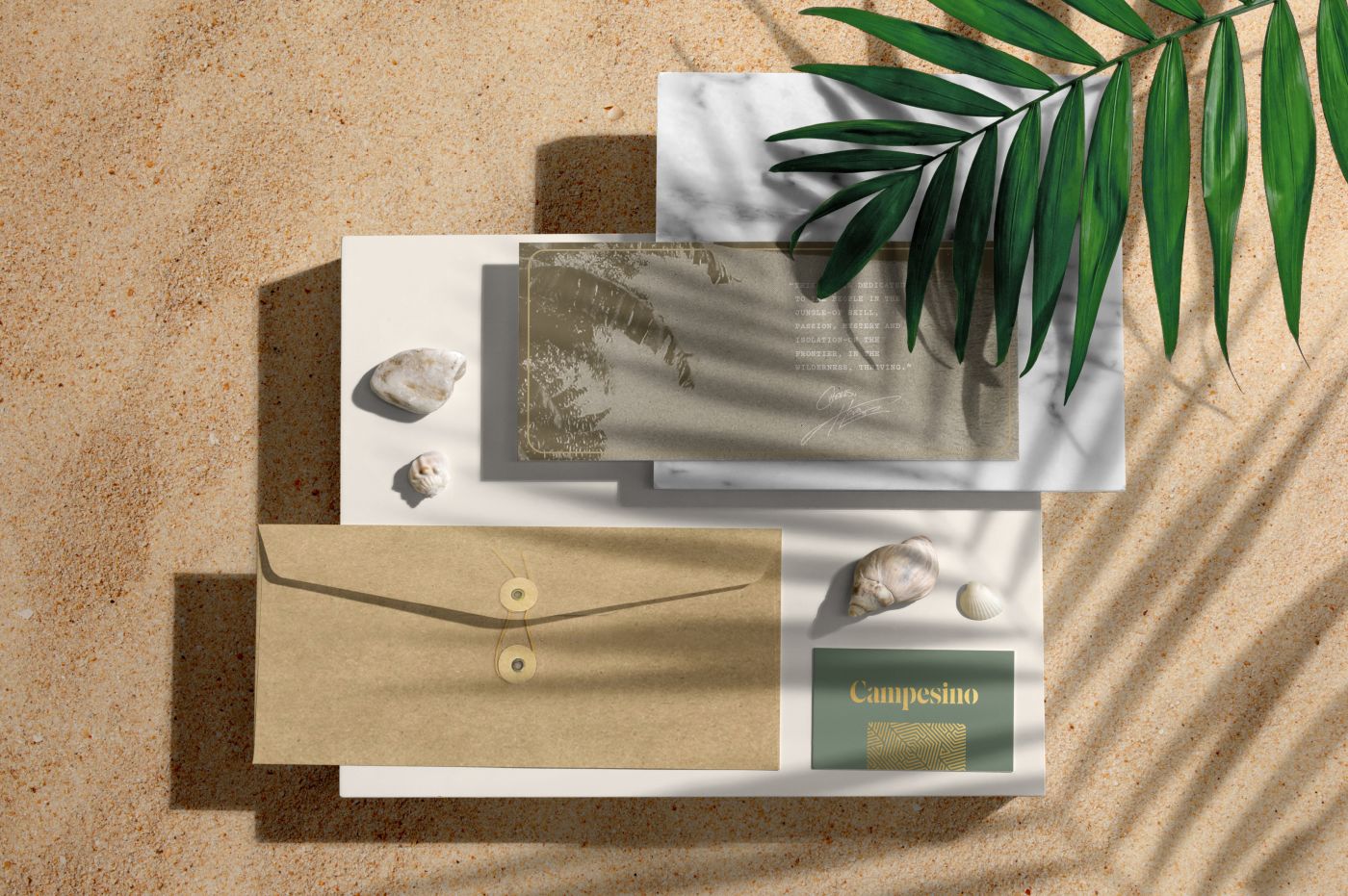 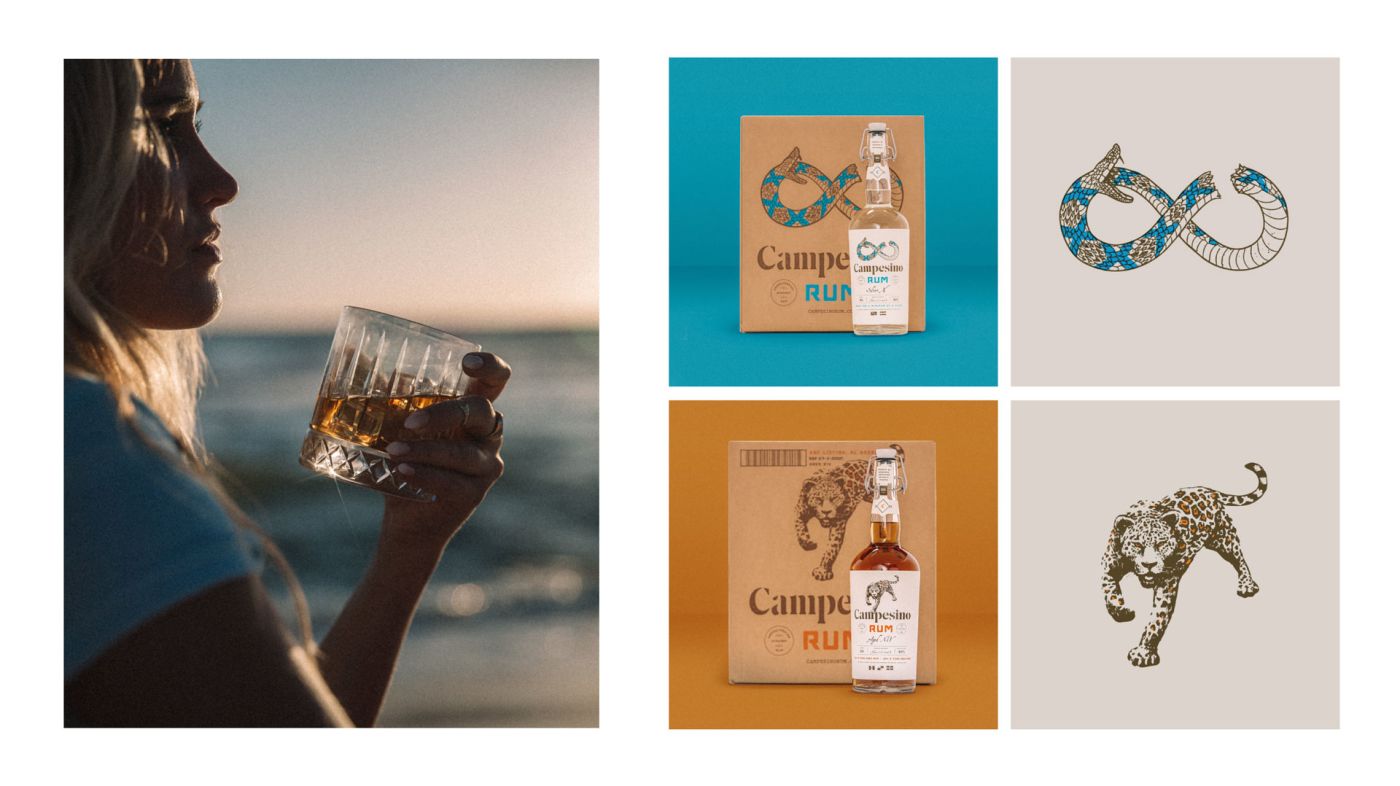 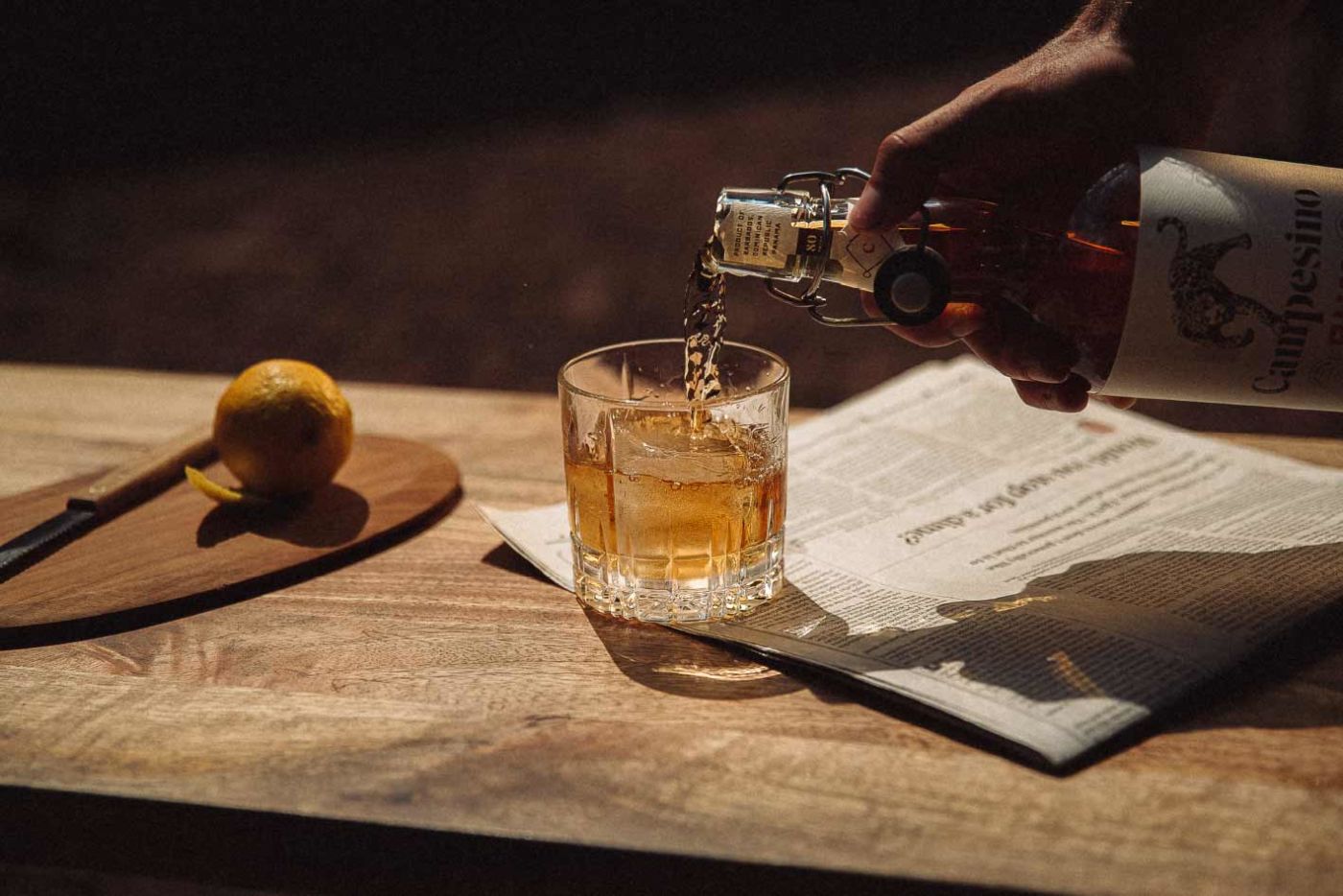 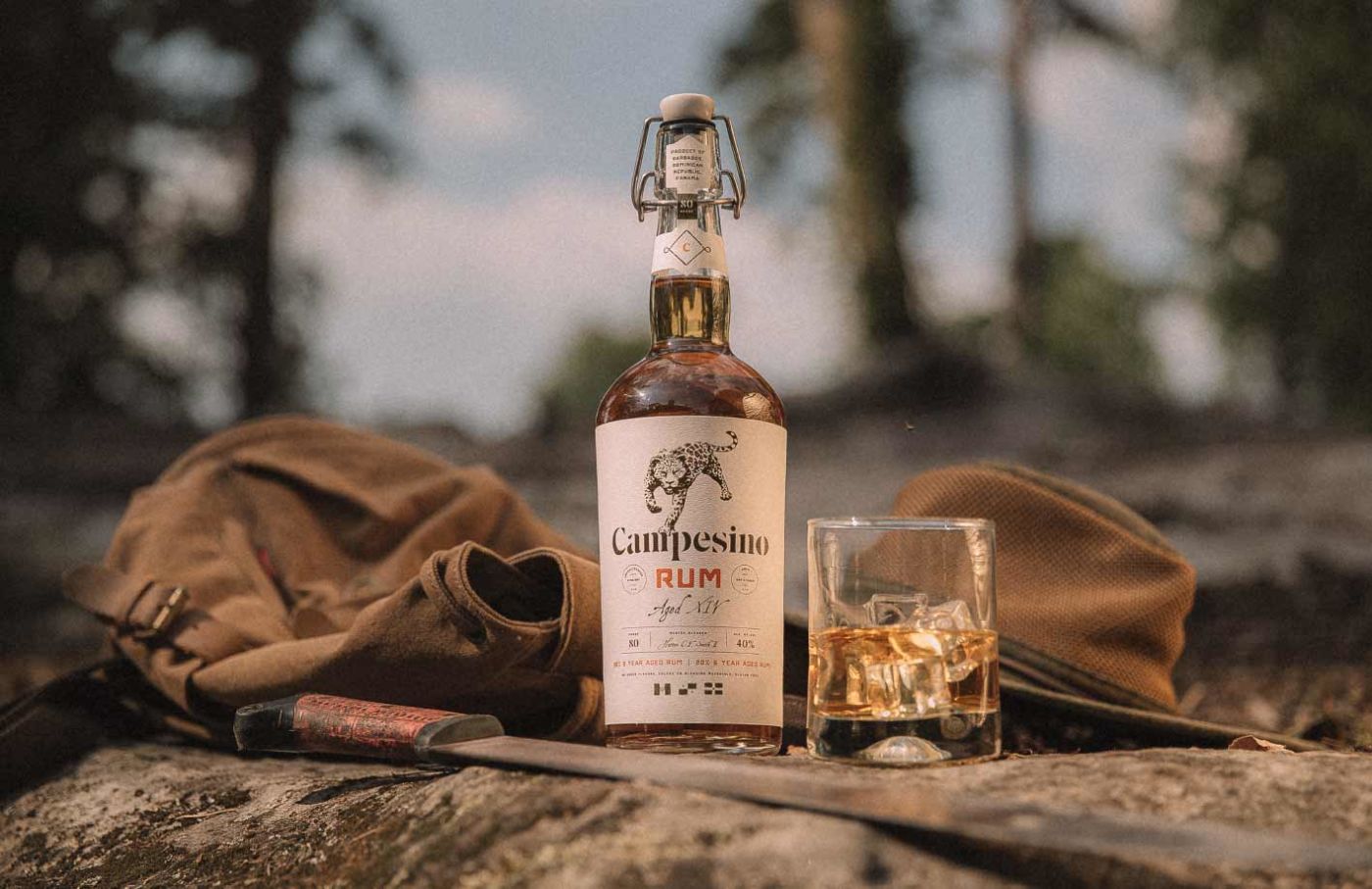 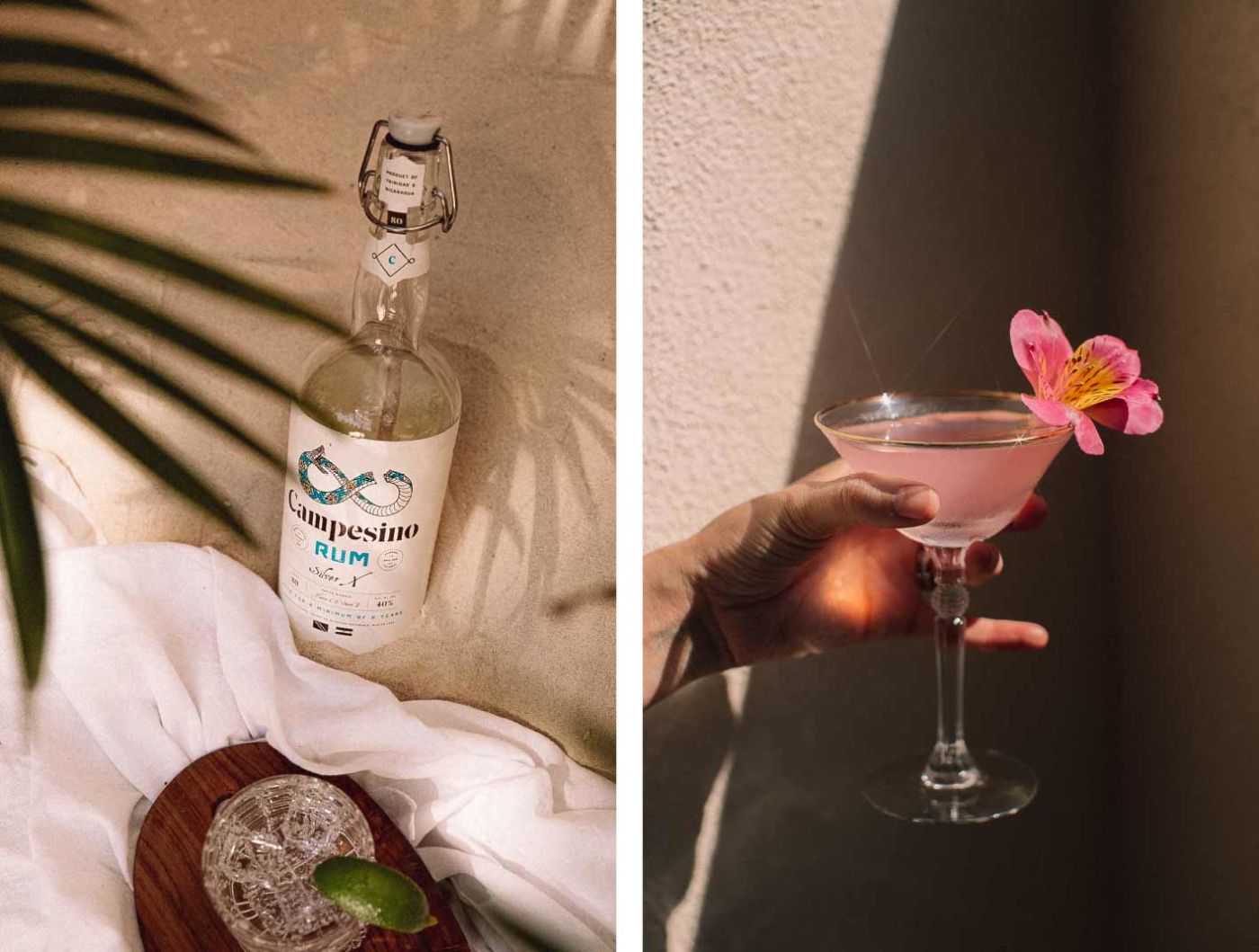 “With Campesino, the goal was to develop imagery that felt as though you were on a trip and had brought along your disposable camera! The client had taken disposable cameras on his adventures all across the world, and those trips were the inspiration behind the whole brand. I wanted to replicate that aesthetic and moved to curate shots that felt organic and candid. Nature and animals heavily inspired the branding as well, so light, water and plant life have been continuous themes throughout the imagery.” – Art and Photography Director Kenslie McGuire 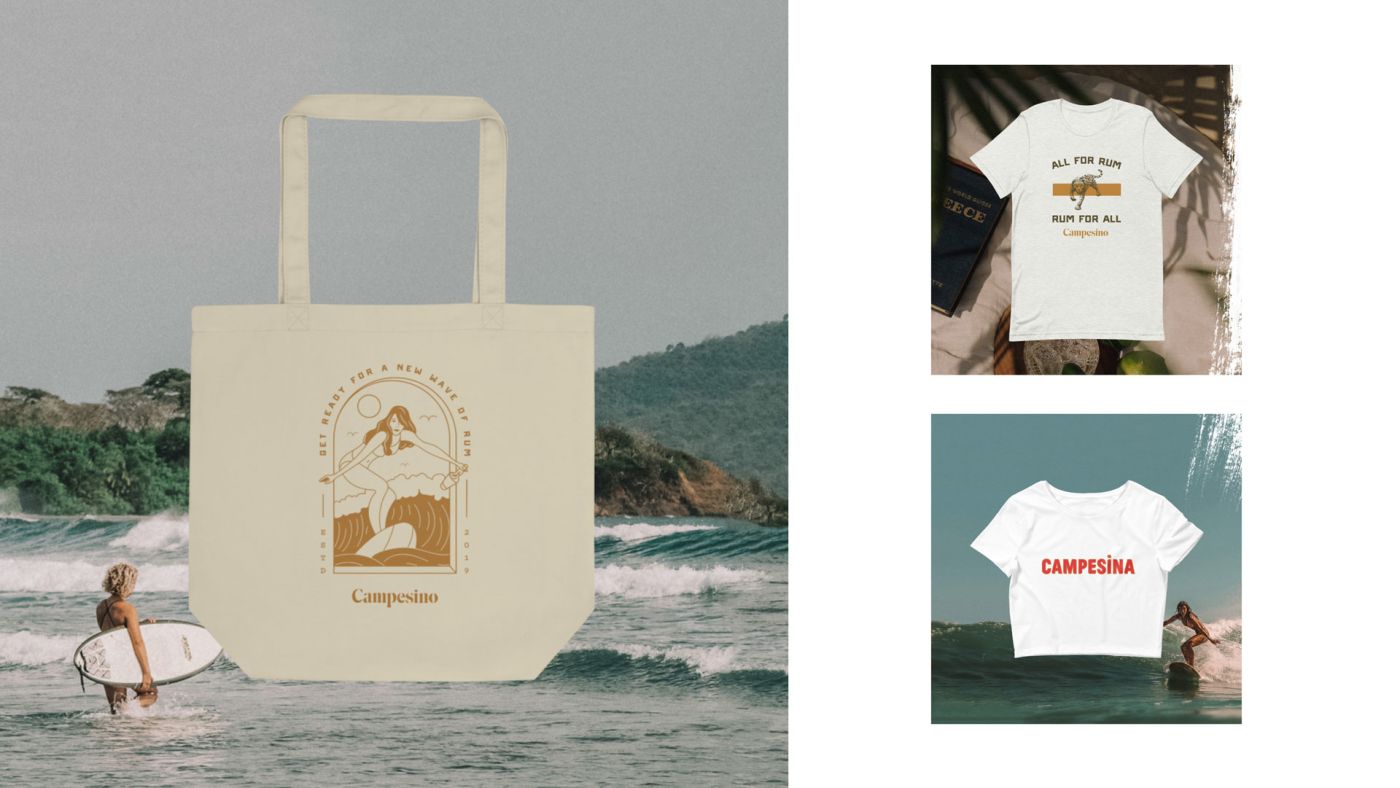 We designed and launched a custom Shopify store to house all of the brands merchandise.

Our social media campaign highlights lifestyle scenarios and rum-based educational content to carry through that original goal—changing the entire perception of rum and inviting people to #DrinkInTheWild.

When we set out to build the website, our goal was to capture Smith’s journey and illustrate it for the user, highlighting the raw authenticity of the rum while conveying the feeling of living off the wildland. Our target audience for Campesino’s website was both potential distributors and adult consumers, ages 21 to 40. Keeping both audiences in mind, we struck a balance of entertainment, engagement and information, while communicating the authenticity of the brand through every component of the site.

“Smith explained to us in a discovery session how thick the fog was when he worked as a tour guide in the Panamanian jungle, and that at numerous occasions, he had come in close contact with jaguars. Trying to bottle his experience, we instilled those story elements into the website—down to the age-gate screen. Moving the mouse around the screen begins to wipe away the mist, revealing the jaguar and snake hiding in the greenery of the jungle.”

Since its inception in 2018, Campesino has received several accolades for the rum itself, as well as for its various design elements.